"I like the idea of Atlanta to be some kind of philosophical hub. It's still in a place where it can be moulded into a great city of the future."

Donald McKinley Glover was born at the Edwards Air Force Base, California, and was raised in Stone Mountain, Georgia. His mother, Beverly (Smith), ran a daycare center, and his father, Donald Glover, was a postal worker.

Donald graduated from New York University with a degree in Dramatic Writing in 2006.

Glover worked as a writer for the NBC comedy 30 Rock (2006), for which he also received a Writers Guild of America Award nomination in 2009. He is best known for his role as Troy on the comedy series Community (2009) in which he plays an athlete in a rather odd study group, opposite Chevy Chase and Joel McHale.

Glover auditioned to play President Obama on Saturday Night Live in 2008, though he didn't get the role. His stand-up special aired on Comedy Central in March 2010.

He performs as an artist under the stage name Childish Gambino, and as a disc jockey, he performs under the name mcDJ.

The series follows Earn (Donald Glover) during his daily life in Atlanta, Georgia, as he tries to redeem himself in the eyes of his ex-girlfriend (the mother of his daughter), his parents, and his cousin Brian, who raps under the stage name "Paper Boi". 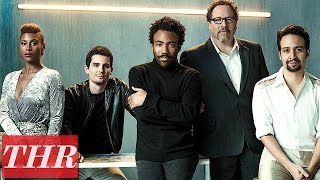 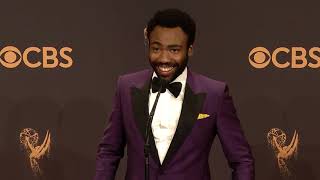